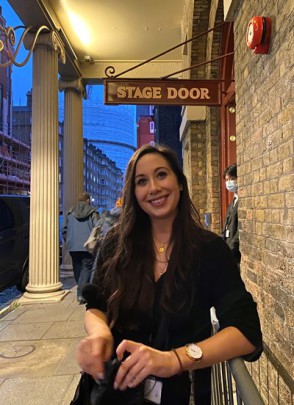 I am a professionally trained wig maker and makeup artist who graduated from the fabulous Delamar Academy, a trainer of BAFTA winning makeup artists, based at London's historic Ealing Film Studios.

Today, I am Deputy Head of Wigs and Makeup on Disney's smash hit musical, Frozen, playing at the Theatre Royal Drury Lane in London's West End. Prior to Frozen, I've worked on many top London shows such as Dreamgirls, Wicked, Jersey Boys, Prince of Egypt, Showboat, Bend it Like Beckham etc., and in my last role, was Head of Department (HOD) on the fabulous and totally outrageous, Book of Mormon. I have also brought my extensive experience to the UK's #1 Wig designer - The Big Wig Company, where I created wigs for TV, Theatre and Film. Credits include; Wicked, Les Miserable, Phantom, Dreamgirls, Book of Morman, Pretty Woman, Bridgerton, Aladdin and many more.

My career has included a number of high profile assignments at the Olivier Awards, Children in Need, West End Live, ITV's This Morning Show and Comic Relief. Recently, I was honoured to apply the wigs and makeup for Frozen's Performance photoshoot by world renouned photographer, Rankin, which celebrates the London's world-leading theatre.

Earlier in my career, I worked and trained with the worlds leading cosmetic houses, including Mac Cosmetics, Clarins and Lancome and i've brought my experience to top UK fashion brand, ASOS, collaborating with their stylist's to showcase ASOS clothing. 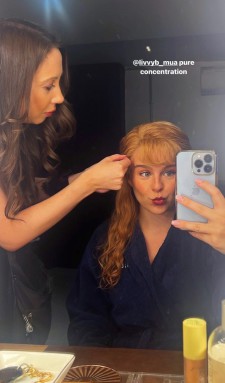 In addition to my theatre and television work, I have for a number of years, provided a special occasion makeover and wedding makeup/hair service.

As you will see from the testimonials on this site, my broad experience coupled with a fresh innovative approach to makeup and hair design, means that I quickly understand my client’s needs and ensure their natural beauty always shines through on their special day - please look at the wedding section for the various services I can offer.

I am also keen to pass along my knowledge, so undertake to teach youngsters about makeup and makeup routines. I also have many drag friends and I maintain their wigs through a care service, which I am keen to expand.

Please don't hesitate to contact me by email or on my mobile +44 (0) 7742 289121 to discuss your requirements for your special event or if you just need a refresh of your makeup or wigs.

Thanks so much for taking the time to visit my website and I look forward to talking to you soon.